April MLB Overnight Results are in, with updated results on short put trades.

April results are now behind us in MLB and here is the monthly tally:

A few things to note:

In May I had my first regular-season total that lost, but these will be picking up and have been solid year in and year out. So expect more of these as we progress into the MLB season.

Monday afternoon I sent out 4 overnight MLB Side plays for today.

Moving on to my trading that I added to subscribers for no additional cost. I use Slack to send out most of my trades that I make during the trading day. I provide both my entry price and my exit price.

The best performer of all of these has been my 2-day short put sales. I typically place these on Thursday morning shortly after the market opens and they expire the next day after the close. 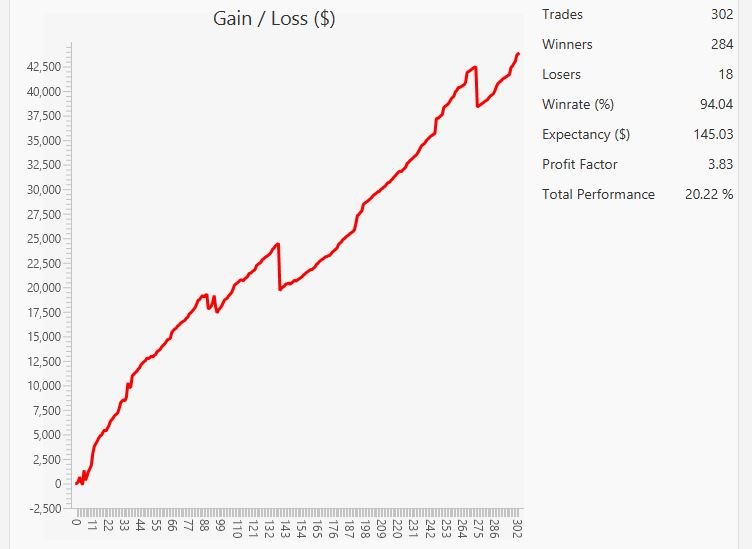 As you can see the drawdowns have been minimal.

Other categories of trades I make are Income trades consisting mostly of CEF’s that have a reasonable return and are below NAV, Mean Reversion Trades, and shorting puts in stocks I would not mind owning at a lower price.

The latter so far has been the riskiest. I manage the later trades selling calls if I happen to get the put exercised.

In addition to sending out my trades, each morning I have pre-market comments before the market opens. Here is this mornings:

Markets are higher this morning with IWM leading the way at +.88% The rest are hovering around the +.4% mark
6:01
Vix.x is -2.7% @CL -.36% and TLT unchanged
6:01
This is a neutral + premarket bias to me
6:03
The best six months of the year have ended and now we are in May. The next six months tends to be slightly positive at best, With the QQQ/SPY ratio still in sell mode, I would not expect much upside. The best to hope for right now is a choppy market
6:04
Unless we get a big dip most likely the best things I trade will be the income trades for awhile
6:05
They are not exciting, but they produce a steady income stream, and almost without exception have produced capital gains also
6:06
I have a number of Puts and Calls that are expiring 5/21 and until then there is not much to do on these positions.
6:07
Its very difficult if not impossible to maneuver in these before expiration date. You are paying too high a premium to try to trade before expiration
6:08
As I said in the Past, Many option sellers take the roll on losing positions. Myself, I am of the opinion its best to not roll but take delivery and then sell calls against your position
6:08
If the premiums are not there to do that, then you should consider just taking the loss
6:09
Going with the roll works out sometimes, however, when you do take a hit its usually a very big one:)
6:10
This is my opinion and a lot of options traders do not agree with this. But my view is the  primary reason they go for the roll is to avoid putting up the cash to take delivery of the stock rather than maximize returns
6:12
With the shift in the tenor of the markets, that to me means that selling puts on stocks I would not mind owning needs to tighten up a lot
6:12
The 2 day put sales however will continue as is, the exposure is so short the difference should not affect these much
6:13
Another aspect of the shift is that mean reversion trades become riskier.
6:13
So, keep all this in mind in your position sizing
6:14
The 3 mo vix is holding solid, and if that breaks down I will get more defensive”

At only 49.00 per month, you get all the sports plays I make, in addition to my stock and option trades.

All of my records on all sports are kept current on Slack and updated daily. 100% transparency like I have been doing the last 20 years. Time certainly goes by quickly. It seems like just yesterday I started this site. And now here we are almost 20 years later.

If you wish to join us,  use the PayPal dropdown menu on this site. All options have a 3-day free trial.

April MLB Overnight Results are in, with updated results on short put trades.2021-05-032021-05-03https://www.rickjshandicappingpicks.com/wp-content/uploads/2016/08/ricklogo.pngRickj's Handicapping Pickshttps://www.rickjshandicappingpicks.com/wp-content/uploads/2016/08/ricklogo.png200px200px
About
RICKJ
This is author biographical info, that can be used to tell more about you, your iterests, background and experience. You can change it on Admin > Users > Your Profile > Biographical Info page."

RickJ's Handicapping Picks  The latest in positive EV handicapping Techniques Overnight Plays in MLB are sent out around 3 to 4 PM PST the day before Come join us for a fun and profitable Pro Sports season!!!
Sign up now for our newsletter with handicapping tips
Close
Posting....
MLB Day 1 results for RickJ’s Handicapping PicksMLB
MLB Season to date through the end of July, along with other observations.College Football, MLB, NBA, Political Odds