Did you survive Wednesday’s wild day in the Markets?

Betting is 64% on Cleveland and the line has moved from -12 to -11.5. So right from the start, we have a reverse line move that favors Toronto. Models are neutral and variables favor Clevland slightly. So really the only thing we have going on the game is the reverse line move at 36%with variables slightly pointing the other direction.  When you have conflicting signals on the game is usually best to pass. Myself I need everything lining up on one side before I consider betting the game. A pass for me.

Wednesday our 7-0 run ended with Milwaukee +162 losing 1-2 as our 1 unit play. Milwaukee had a 1-0 lead going into the top of the 9th but the cubs scored and we went into extra innings. They certainly had their opportunities to put the game away with bases loaded and 1 out and then again after the cubs scored 1 they had a man on 2nd with only 1 out. But neither came through. So we are 7-1 the last 4 days. I have to say it was one of the more exciting baseball games I have seen for awhile. We also had a setup on Minn that lost.

Today I have already sent out a 1/2 unit play for this evening so if you did not receive it please let me know. I will send out also whatever else develops later in the day.

I received a few emails regarding how to sign up for the 3-day free trial. All that is needed is to follow @rick_sports and I will set you up and also notify you when the trial ends. Nothing to it. Or if you want to skip the 3-day process you can subscribe by going to the PayPal button and that will take you to the subscription page. It would be great to have you on board!

Just when you thought it could not get any wilder the markets put in a roller coaster ride that ended at breakeven for the day! Again let me warn you if your a 3 to 5-day swing trader it’s time to rein in your activity. Unless your stops are super wide you are going to get whipsawed.

Let me start out by saying that we are heading into options expiration Friday so expect more of the same from the markets. In addition to liquidity down this week, I expect the market to remain soft with the risk to the downside. It’s not all negative however as options expiration week tends to favor the long side. But in this instance, I feel the negatives far outweigh the positives.

One thing to put on your calendar is the UK referendum on exiting the EU. This is causing market participants a great deal of anguish. However, the odds are very high in favor of them staying in the EU. So if you’re short for swings you want to be out just prior to the vote. Also, if you’re a risk taker you can position yourself long for a relief rally going into the vote mid-June.

So far that is the best potential setup for quick profits I have seen in quite awhile. Very similar to the congress voting on increasing the debt limits. The market tanked and then rallies after the debt limit was increased. This was a 100% trade with substantial gains. It’s things like this you should be looking for. Now once in awhile things go astray and you should have a quick exit plan if they do:)

I am positioned short in the market by a small amount. I covered on short yesterday when the stock was down almost 4%. I have 3 more positions and the jury is out on those. One of the stocks I am short is TSLA. Unfortunately, Golden Sachs gave them an upgrade shortly after I went short so I am taking some heat on the trade. But then the news came out that the firm is the lead firm in a secondary offering!  Amazing. And to think we bailed them out.

It’s back to the markets. We are almost at the point to consider mean reversion trades to the long side. Not quite there yet but rapidly approaching.

If you wish to follow my trades join me at @rickjswings. It’s my private twitter feed and is free for the time being. Until I have more time to devote to the stock portion of this site it will remain free. My private trading and the handicapping portion of this site are taking up quite a bit of my time. I refuse to charge for something I cannot devote a substantial part of my energy too!

baseball gambling handicapping nba sports betting swing trading wagering
Did you survive Wednesday’s wild day in the Markets?2016-05-192016-05-19https://www.rickjshandicappingpicks.com/wp-content/uploads/2016/08/ricklogo.pngRickj's Handicapping Pickshttps://www.rickjshandicappingpicks.com/wp-content/uploads/2016/01/fbphoto-e1489847373485.jpg200px200px
About
RICKJ
This is author biographical info, that can be used to tell more about you, your iterests, background and experience. You can change it on Admin > Users > Your Profile > Biographical Info page."

Come join us for a fun and profitable Pro Sports season!!!
Sign up now for our newsletter with handicapping tips
Close
Posting.... 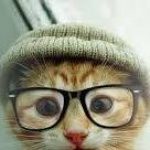 Where you ready for that 200 point dump in the markets yesterday??INVESTING, MLB, NBA

Do you know how to trade options expiration days…Because today it one of those days!!!INVESTING, MLB, NBA