Markets slightly lower Friday, looks like an 8-0 short put sale week, the fed, the political problem, an election straddle , my thoughts for a Friday morning

The markets had a late-day rally on Thursday, this morning 90 min before the bell we are mixed. QQQ is slightly positive while the other indexes slightly negative. TLT is +.25% %Vix.x is -.15% @CL is -.10% . An uneventful premarket so far.

Not much news on the horizon this morning so I suspect a tame day. But that of course can change on a dime with any news hitting the markets.

On Thursday I made 8 short put sales. All 8 appear in very good shape this morning. All are over 10% from their strike price. Like I have mentioned before these short put trades put on Thursday for a Friday expiration have been phenomenal. 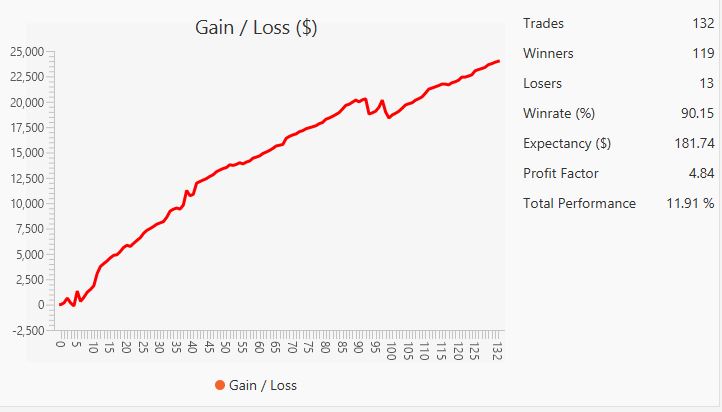 So far this week has an excellent chance to be an 8-0 week:)  Who would have thought there would be a silver lining in the sports pause. But voila, here it is.

I am working on a few other option setups, but none are as promising as this one. How could they be:)

Right now the markets have the wind at their backs. The Fed is in accommodation mode, to say the least. They are flooding the markets with liquidity. As long as this continues we will see a strong market. In addition, the White House policy is contributing to this strong market. Lowering of regulations, making it easier for companies to leave China to come back to the U.S. is having a positive influence.

So, one has to ask why is everyone so doom and gloom?  Answer: In one-word politics.

Americans voted people in office that have become the most corrupt group ever assembled in U.S. history. The only defense they have is their corruption for the most part has been made legal through the campaign finance laws and allowing special interest money to flood DC. Of course they are the ones that made the laws that allow this to happen, and they refuse to change it.

This has created a DC that is out of touch with America and in touch with special interest money either at home or abroad. Any foreign government can influence US politics now the way the US laws are set up. And they do, every day.

That is why you are seeing so many establishment Republicans announce they will vote for Biden. They fear this gravy train in DC will end if Trump gets a 2nd term. How dare he get in the way of them stealing taxpayer dollars.

The best example is the President’s ruling on immigration recently. His ruling unified the establishment on both sides against him. Not because his ruling was not good for everyday Americans but because it hurt the special interest groups that are paying our politicians off.

If the U.S. had a media then you might have a better insight into this. But the U.S. media is a shell of its former self. Its become a propaganda machine for the left. America cannot survive without a free and fair press. So unless things change  America is lost.

Finally, you have several countervailing forces present heading into the November elections. 1. You have the left that will try to win no matter what the cost to America. 2. You have the establishment Republicans that will weigh whether to throw the Senate thinking they will recover later after Trump is gone.

1 is a certainty. There is nothing the left will not do to win. Nothing is off limits. Gin up riots, no problem. Send covid patients to nursing homes, no problem, voter fraud , our specialty, anarchists roaming the streets, not a problem. Burning down small businesses, censoring conservatives , piece of cake.  It is all happening before our eyes. The Republican response is pathetic. In DC they are in Save your ass mode. Barely a person has spoken out of the Senate Republicans.

To the contrary the esteemed appeaser Romney marched with the rioters and has openly supported Antifa. Yet Utah feels comfortable with electing him to the Senate.

How this will wash out in November will most likely depend on voter fraud. The mail in ballot scheme is nothing but trouble for the White House. I assure you the Dems and establishment Republicans have systems in place to count ballots the same way they are counting covid deaths.

I view Trump as a favorite in November. I refuse to believe that it will be that easy to steal an election. I also refuse to believe that the platform the Dems are running on is a winning one. However I do not underestimate the ignorance of the populace. So where it logically should be a cinch for Trump in November I would put the line out at 7 to 5 in favor of Trump. BTW, you can get around 6 to 4 right now if you want to bet on Trump to win.

What all this means as an investor is, be ready to hedge if Trump loses. My prediction is you will see one of the biggest drops of all time in the markets. There will be widespread panic.  I plan on putting on a straddle some time in Sept / Oct.  in the SPY.  Rather then betting on one side I will be positioned to gain from any large move.  I will send out to subscribers the exact straddle I put on when I do it.

We updated political odds yesterday. Not much has changed.

Markets slightly lower Friday, looks like an 8-0 short put sale week, the fed, the political problem, an election straddle , my thoughts for a Friday morning2020-06-262020-06-26https://www.rickjshandicappingpicks.com/wp-content/uploads/2016/08/ricklogo.pngRickj's Handicapping Pickshttps://www.rickjshandicappingpicks.com/wp-content/uploads/2016/08/ricklogo.png200px200px
About
RICKJ
This is author biographical info, that can be used to tell more about you, your iterests, background and experience. You can change it on Admin > Users > Your Profile > Biographical Info page."