Sports handicapping Season to date records, a unique opportunity selling put options, a review of some of my trading techniques. My thoughts for a Tuesday morning

College football is over this season with a high scoring championship game Alabama 52 Ohio State 24.

I put the game out at a pass at -9 as I could see no edge on the game. A lot of people loved Alabama here, even my great contrarian indicators were right on this one:)

Our Record in NCAA FB this season was:

We started out strong in college football, withered in midseason, and picked up a few units toward the end with a 3 or 4 game win streak. Overall an uneventful college football season.

We are also winding down in NFL Football.

We had one play last weekend on Washington +8 and it was a push. So far I have not sent out any plays to Subscribers for the upcoming games.

The NFL this season has been solid.

I will take that every year:)

We are in the heart of college hoops right now and we have been hovering around the even mark so far this season. No swings either way.

For subscribers, I break down every college game that includes a top 25 team. This is a road map using some of the

various things I look at when handicapping games. Some of the things I include are model projections, Variables, and public %

numbers. In addition on some games, I give comments on anything I see that I think is interesting on the game.

Also as a subscriber, you are free to ask me about any game, as I handicap them all. Most of the communications are now on my slack channels.

A new feature of my handicapping service is I post my stock and option trades to subscribers. This is what I trade during the day. I put it out there to give subscribers ideas as opposed to suggesting they take these trades. Everyone has to invest how they see fit based upon their analysis. But hopefully, you get to take some ideas away and learn some investing techniques.

My trades are broken down into 1. Income trades that typically are closed-end fund trades trading at a substantial discount to NAV and also have an annual income of between 5 and 10 percent a year. These tend to be longer-term trades as I am trading for income as a primary goal, and capital appreciation secondary.

2. #Meanreversion: These consist of buying in an oversold market under very strict parameters. Some of the features of these trades are they have no stop and tend to have rather large swings. But overall they tend to have a positive EV. Enough to put them in my investment routine. I have been trading these for years.

3. Short term swing trades: These are typically 3 or 4-day trades where I feel the stock is ripe for a bounce. The stock does not have to be oversold for me to make this trade, as in mean reversion.

4. #Shortput and #coveredcall: These are techniques I researched when sports betting was down completely. The covered calls tend to be used primarily to manage short put stocks where I have taken delivery of the stock. The short puts on the other hand consist of two types of trades:

A. for income, made on Thursday and expire at the close the next day. They usually have the following characteristics. A High annual rate of return, at least 20% from the strike price, no earnings announcements coming up for the two days of the trade.  I have a screen I use for these and it is very strict in how I come up with my basket to trade on Thursday morning. Here is a chart of my trades since I started posting the short put sales: 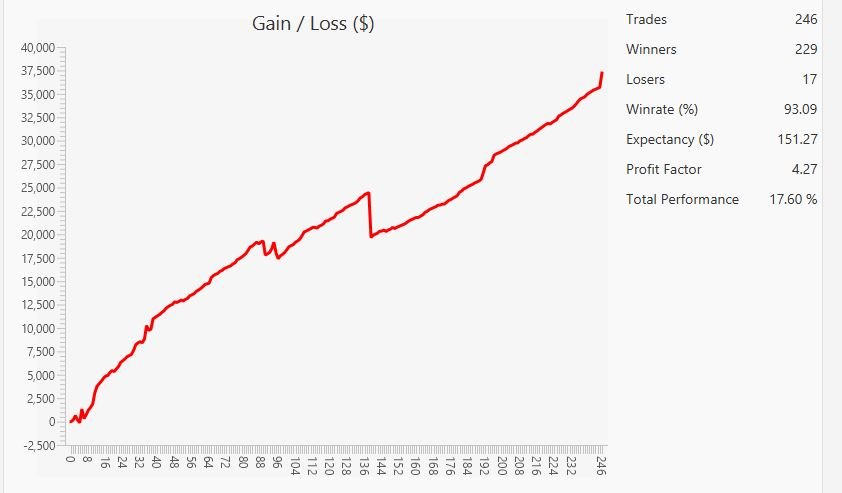 One thing to note is the drawdowns. We had one drawdown around trade 136 but quickly recovered. That is the mark of a good trading methodology.

All my subscribers can get access to these trades as part of the handicapping service.

In addition each morning on slack I give a premarket rundown on what I expect in the trading for the day, along with a review of the trades we have outstanding.

I have come a long way from 15 years ago when I started this site:) I have many subscribers that have been with me from the start.  I still have ideas for improving the site and slack has helped a lot allowing interaction between subscribers during the ball games.

My goal is not only to produce positive EV plays but to keep subscribers out of trouble. I have been doing this online for over 20 years now!!!

As you know gamblers have a propensity to get in trouble, I was once one of them:)  That is why I try to educate as much as I try to produce winning plays.

RickJ's Handicapping Picks  The latest in positive EV handicapping Techniques Overnight Plays in MLB are sent out around 3 to 4 PM PST the day before Come join us for a fun and profitable Pro Sports season!!!
Sign up now for our newsletter with handicapping tips
Close
Posting....
Season to date records in all sports posted, tips for week 17 in the NFL, update on short put sales all posted. My thoughts for a Sunday morningCollege Basketball, College Football, INVESTING, NFL
Today’s morning market comments to subscribers sent 20 min before the openINVESTING