Trade, Kavanaugh or Trump? Which is moving the markets and in what way? My thoughts

By RICKJ
September 18, 2018
The Stock Market is back from the overnight abyss, having turned around to be gaping up about 1/4%
Of note, TLT down 1/2%, while Oil strong and most everything else I look at slightly in the green.
To me, that is a strong premarket bias.
Not sure what the news is overnight that propelled this reversal. It seemed like it traded that took the market down overnight.
This is just a stock market that is no wanting to break right now. Despite the increase in the tariff fight with China, the market is ignoring the escalation.
New this morning is a Russian plane got shot down by the Syrians, and Russia is blaming it on Israel. Russia has called the Israeli ambassador to have a chat with them.
I doubt anything much comes of this. The last thing the Russians want to do is get into a fight with Israel.
News on the U.S. political front never bores you. The White House has declassified many of the FISA documents along with orderer the unredacted text messages of Comey, Ohr, McCabe, Strzok, and Page.
I suspect getting these documents will not be as easy as a presidential order. Too many heads are going to roll if they come out unredacted. And most likely it will not be Trumps.
Then we have the Senate confirmation Circus. Monday is the new hearing date where both sides will have an opportunity to testify about the 35+ year old allegations.
I have no doubt that some of these Senators that are expressing outrage at an event that allegedly happened as a minor are involved with the secret hush fund where taxpayer dollars were used to hush their victims over the years.
But that makes no difference for Congress. There should be a rule that there is a cutoff for techniques like this. There should never be he said, she said produced a day before the vote to derail the confirmation process. It should not be allowed by either side.
But that would be too logical. And after all, Congress was meant for derisive politics of the highest order. They are there to inflame the passions of the public. Honesty and integrity are not words that you can use to describe Congress these days. And it is just going to get worse until you put in term limits and drop outside interest money.
To get that down would take an armed revolution, bringing back the guillotine:) And even then I am not sure that would work.
So if you are a swing trader, get used to this. This is the norm right now and for some time into the future. If you think getting Trump out of office is going to change things, I have a clue for you. It will just get worse.
It really is not about Trump. It is about power pure and simple. If it was only about Trump both parties would be praising him to the highest order for what he has accomplished in less than 2 years.
But accomplishments are irrelevant in the world of politics. Power and money mean everything. “House of Cards” lookings like a cartoon piece compared the U.S. political system
As I said get used to it as a swing trader and you will do much better. Also if you are emotionally entrenched in these political wars, it is time to do a bit of introspection.
It is not worth it to put yourself through emotional stress because of the dysfunction in U.S. society right now. There are much more important things to focus on, where you can actually make a difference. You are not going to be able to change the destructiveness in human nature.
Focus on yourself and your family. And then focus on improving your trading. You will find your results will increase geometrically as you wean off the addictiveness of dysfunction.
With this turnaround, absent any new news(like a Trump tariff tweet) I suspect this market is heading up today.
It is a very difficult market to swing trade much longer than a day or two. So for the time being let that be your horizon.

If you want to follow some of my trades along with my thoughts typically given after the open you can go to @rickjswings. Typically I talk about the overall day expected with the markets and also give some levels on the ES and NQ for failed breakout scalping.

It’s my private twitter feed for the stock market and its free. Sports Handicapping is the subscription-based part of this site. But considering the cost of joining it’s almost free:)

stock market swing trading
Trade, Kavanaugh or Trump? Which is moving the markets and in what way? My thoughts2018-09-182018-09-18https://www.rickjshandicappingpicks.com/wp-content/uploads/2016/08/ricklogo.pngRickj's Handicapping Pickshttps://www.rickjshandicappingpicks.com/wp-content/uploads/2016/08/ricklogo.png200px200px
About
RICKJ
This is author biographical info, that can be used to tell more about you, your iterests, background and experience. You can change it on Admin > Users > Your Profile > Biographical Info page." 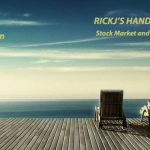