A lot has been said about Trump’s supporters. They come from all over the country. Actually all over the world.

It’s a phenomenon that is rarely seen. You have people, common everyday people, that are enthralled with Trump. You hear them talking his name in every corner of the World.

Even in places you would not think possible. As recently as a few weeks ago the citizens in Tijanua on the street were saying “Trump is right”

Its a phenonomon that is very difficult to put into words what has drawn such a diverse group of people to this man.

The media and Trump’s critics would have you believe Trump supporters are a homogeneous group all with the same characteristics. Backward, dullwitted, uneducated, no exposure to the outside world, no concept of how the world really works, wedded to guns and religion, and the list goes on.

But nothing could be further from reality.
Its people from all walks of life, from all educational backgrounds, from all religions, sexual preferences, races, and genders.

As you look over the cross section of Trump supporter’s there is one common theme that exists among each and every one. The belief that Trump is genuine. A person that “what you see is what you get”. No subterfuge, no deception. But the plain truth as he sees the issues that the U.S. and the world.

Which just coincidently is how his supporters see things. and more coincidently how thing really . In other a politician for the first time I can remember, tells people how things really are. No sugar coating.
Someone that actually tells Americans what reality is.

No smooth talking deceptions. Just here it is and here is what I am going to do about it and why. Now think back, when was the last politician you can recall that ever was like that. You will be thinking a very long time.

But it is very difficult to put into words what draws people to Trump.

So since I doubt I can come up with the words there are two scenes from ” West Wing” that explain the concept we are seeing.

The first is the scene between Josh and Sam , when they meet in NYC and they talk about what they are doing: 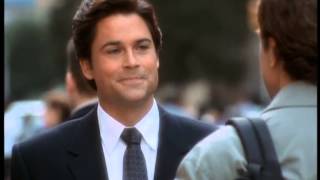 The second is when Josh goes for the first time and hears Bartlet speak: 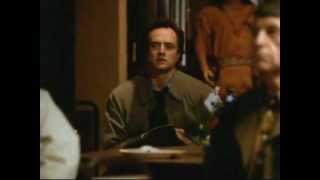 These two scenes reflect what every Trump supporter thinks and goes through their minds when they listen to Trump. Trump supporters have the same look on their face that Josh had at the end of Bartlet’s . Each and every time.

Its a magic that cannot be put into words. Because afterall, the U.S. has had politicians that instead of telling things like they are , tell us deceptions to get to their end desire.

Whether it was health care, the Iran deal, going into Iraq, etc they were all built on intentional falsehoods. The sad part is that Americans have become used to that.

Its been going along so long that it has become accepted as the way things just are. Its like we all have been in a coma not knowing what things could be like. After all, politicians, are going to do what they do best, lie and steal. We all know that and accept it now.

But then along comes someone that is the most unusual Bartlet you can find. Someone that comes out of nowhere and beats 16 other well established and well funded Republicans in the Primaries, and then goes on to beat the Clinton machine.

So unusual, that the Clinton strategy was to make sure Trump got the nomination! Working with her puppets in the media, they gave Trump all t air time he wanted, and positive. Until after the primary:)

But a serious miscalculation was made by the establishment.

For 63 million Americans, a lightbulb went off. The same light bulb that went off when Josh listened to Barlett’s Dairy speech.

But for many that light bulb is so dim, that it did not go off. For many, that listen to the entrenched establishment media, a different reality set in. A reality that is so perverse that it defies explanation.

DC has become so corrupt and efficient in its methods of brainwashing the public that they have done their jobs well. So well, that if you took the timelines of many of the people on twitter, and had them  by a psychiatrist, the results would be frightening.

But that is a subject for another day:)

What Trump’s supporters see is what Josh saw in Barlet when he gave the Dairy farmer speech. Josh’s face is the face of each and every Trump supporter every time they listen to Trump. And it is a feeling that gives them hope for the American values they grew up knowing and loving surviving this dark time in American history.

Hope that for the first time the U.S. has a chance to be saved from the corrupt sickness that has undertaken D.C.

Understanding the Trump Phenonenon2018-12-292018-12-29https://www.rickjshandicappingpicks.com/wp-content/uploads/2016/08/ricklogo.pngRickj's Handicapping Pickshttps://www.rickjshandicappingpicks.com/wp-content/uploads/2016/08/ricklogo.png200px200px
About
RICKJ
This is author biographical info, that can be used to tell more about you, your iterests, background and experience. You can change it on Admin > Users > Your Profile > Biographical Info page."